Creative artist working in the digital media. Many series of prints, either silkscreen or digital. He has exhibited a one man show ‘Gods and Myths’ at times which are based on various fables, stories or legends and influenced by re-occurring dreams or nightmares. He has developed as an artist using various media throughout his career but now generally works with digital media. 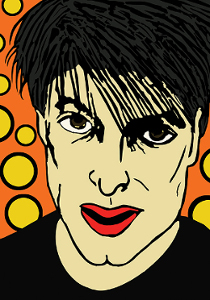